If you are looking for a cheap iRobot vacuum for pet hair and bare floors, look no further than Roomba 675.

This is a pretty new model released just last year to break the myth that all iRobot vacuums are expensive.


Above all, it offers smart operation which the previous iRobot 650 lacked.

To be honest, this is not the cheapest vacuum cleaner right now from the California-based brand. The iRobot 650 is still available on many online and offline retailers and is cheaper than the 675 and 690.

The problem is that it is not a smart robot vacuum cleaner – who doesn’t want app operation and Alexa in this smart home age?

Back to the main business of the day; is the Roomba 675 a worthy purchase or the real definition of cheap is expensive? Let’s find out.

The iRobot 675 and the rest of the iRobot vacuums are very similar. This one too is round-shaped, wide and not so slim as advertised. 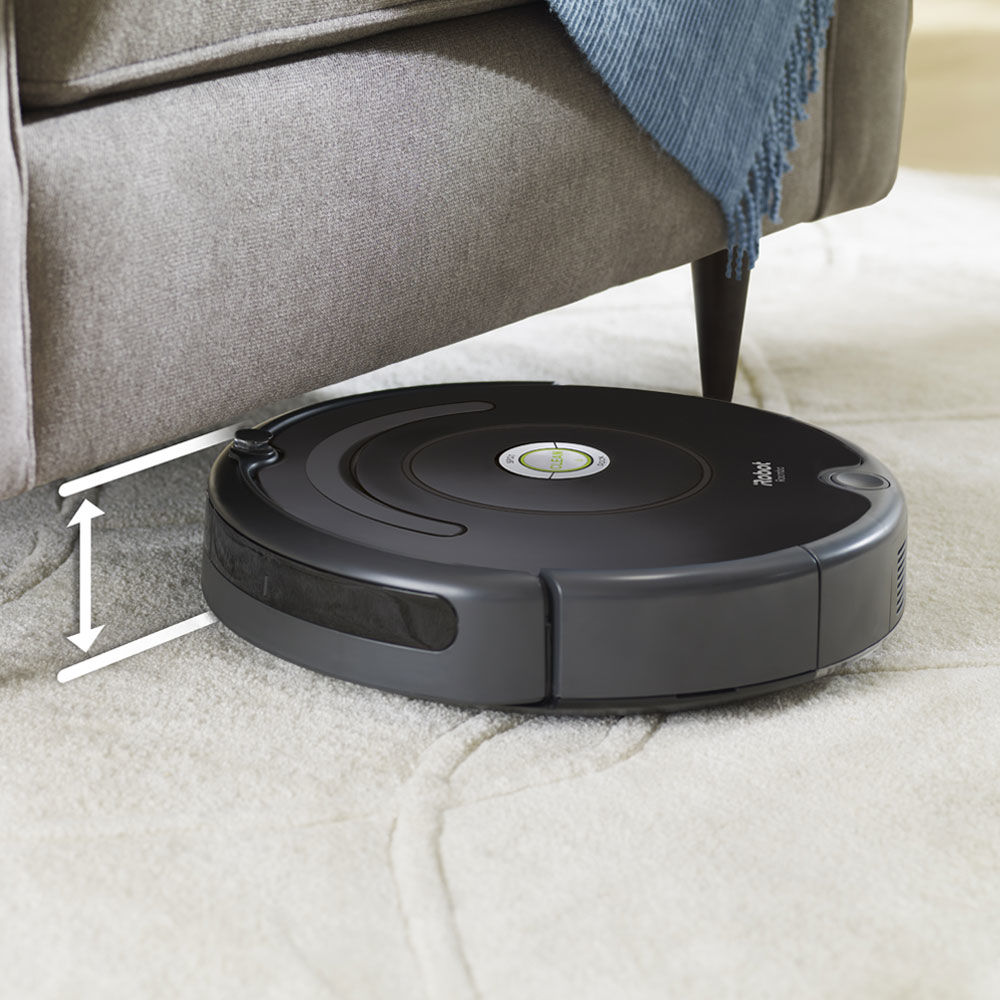 It also has the auto-head adjust system that works well on heavy carpets, but then, this is not a Roomba for high pile carpets as we’ll see later on in this review.

As for aesthetics, you will find that the 675 has a silver ring while some variations have an all-black finish. iRobot uses some confusing model numbers, for example, Roomba 676 which is just the 675 that is sold and fulfilled by iRobot itself.

Inside the standard iRobot 675 package, you will find the main cleaner, an integrated charging base, extra filter and brush for the first replacement and of course the documentation. The cleaner comes with a one-year warranty.

The Roomba 675 is not different from the Roomba 690 in terms of cleaning performance. We also did a few tests on this model, and the results were pretty much similar.

To start, this vacuum has been designed for bare floor vacuuming and also pet hair pickup.

So, if you have a hardwood floor, tile, vinyl or linoleum floor, and a dog or cat, it deserves a spot in your wish list. However, it is not the best for high pile carpets; this is something no one will tell you.

The iRobot 650 features the old 1st Generation motor which is a little bit loud at 68dB and produces a paltry 550-600Pa. This suction power is enough just for picking up the small and light dirt like pet hairs and skin flakes from hard floors.

However, on carpets, it gets overwhelmed, and that’s the primary reason we don’t recommend it for medium and high pile carpets. But on the low pile, you can cross your fingers that it will vacuum everything.

The other interesting feature to explore is the brush system, and as usual, we have two brush systems; primary brush and the side-sweeping brush. 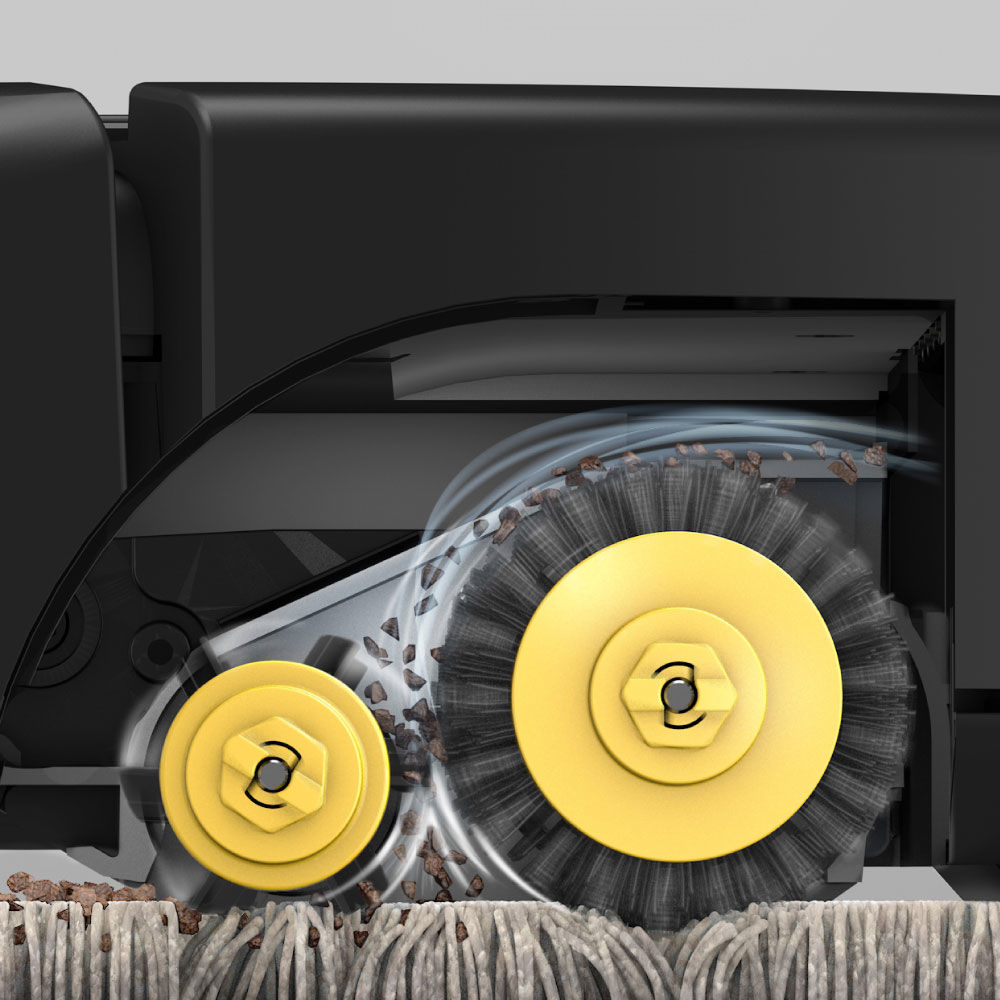 The primary brush is a bristled system with two counter-rotating brushes. The first brush is for agitation while the second is for dirt pick up. To complement the primary brush, there is a 27-degree angle brush. It will sweep the dirt along the wall edges to the path of the primary brush.

One problem we realized with this brush is that it gets tangled by long dog hair.

The extras include patented Dirt Detect™ sensors which use acoustic sensors only meaning it is the series I.

The newer models use Dirt Detect series II which use acoustic and optical sensors to locate dirt. But still, the series I version works well.

We tested it with a few heaps of the daily dirt, and it responded by going to those areas and switching to Spot mode until the dirt disappeared.

When it comes to autonomy, the 675 packs a rechargeable Li-ion battery with a 1800mAh capacity; the same one the 690 and 890. Definitely, the runtime will be an hour and not the 90 minutes some websites suggest.

The Roomba cleans and automatically docks for recharging when the power levels go down.

Unfortunately, the auto-resume function is not available for this model. That means you still have to initiate cleaning when the vacuum recharges fully.

Even though it was released just last year, the Roomba 675 has the old iAdapt 1.0 navigation system. This is a SLAM (Simultaneous Localization and Mapping) system that combines sensors and a data processing software to tell the cleaner where it is.

The proprietary iRobot AWARE system has onboard obstacle detection sensors and anti-drop sensors for avoiding obstacles and stairs respectively. 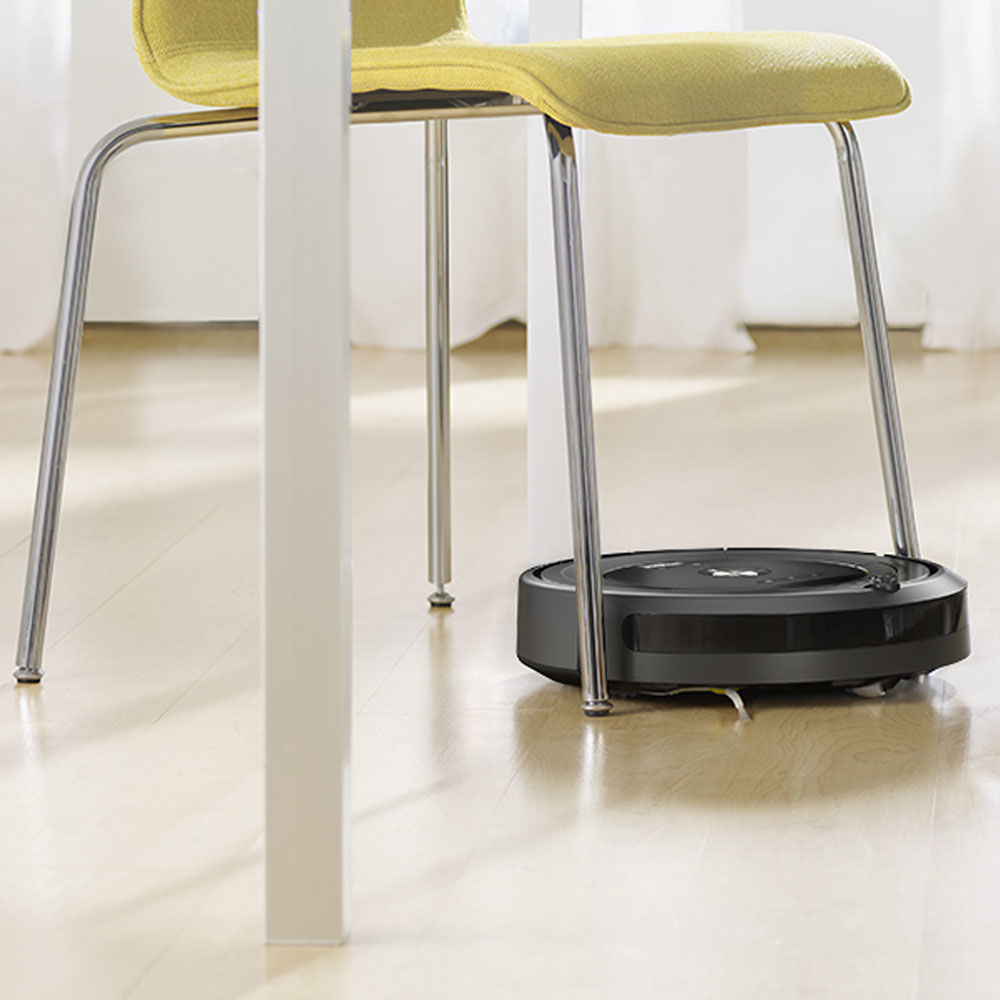 However, a few times here and there, the vacuum cleaner gets stuck or bangs of household fittings especially in the high-traffic rooms.

Next up is the floor mapping system and this directly determines the cleaning turnaround time. It also dictates whether the Roomba will recharge all the spots or not. Just like the previous iRobot 690, the 675 doesn’t learn rooms.

There is no memory mapping function for storing floor plans. Worse is that the cleaning pattern is random so the cleaner is not aware of where it has been, or where it should go with surety. That’s why it may clean some spots twice and miss some in large apartments.

Boundary marking is also a must-have feature for those who would like to limit the Roomba’s reach. We are glad that despite being a cheap iRobot vacuum, the 675 works with Virtual Walls.

This is a system that sets limits using invisible laser beams projected by Virtual Walls devices.

As for maneuvering, we still have two off-road wheels and a roller on the front for making turns. The turning angle is 360°.

If there’s something iRobot can’t compromise in their new models is smart connectivity. This vacuum still maintains the 2.4GHZ Wi-Fi band for Smartphone app operation and Alexa/ Assistant.

That means users have the convenience of operating the cleaner remotely or by just telling Alexa what they want with their robot vacuum. 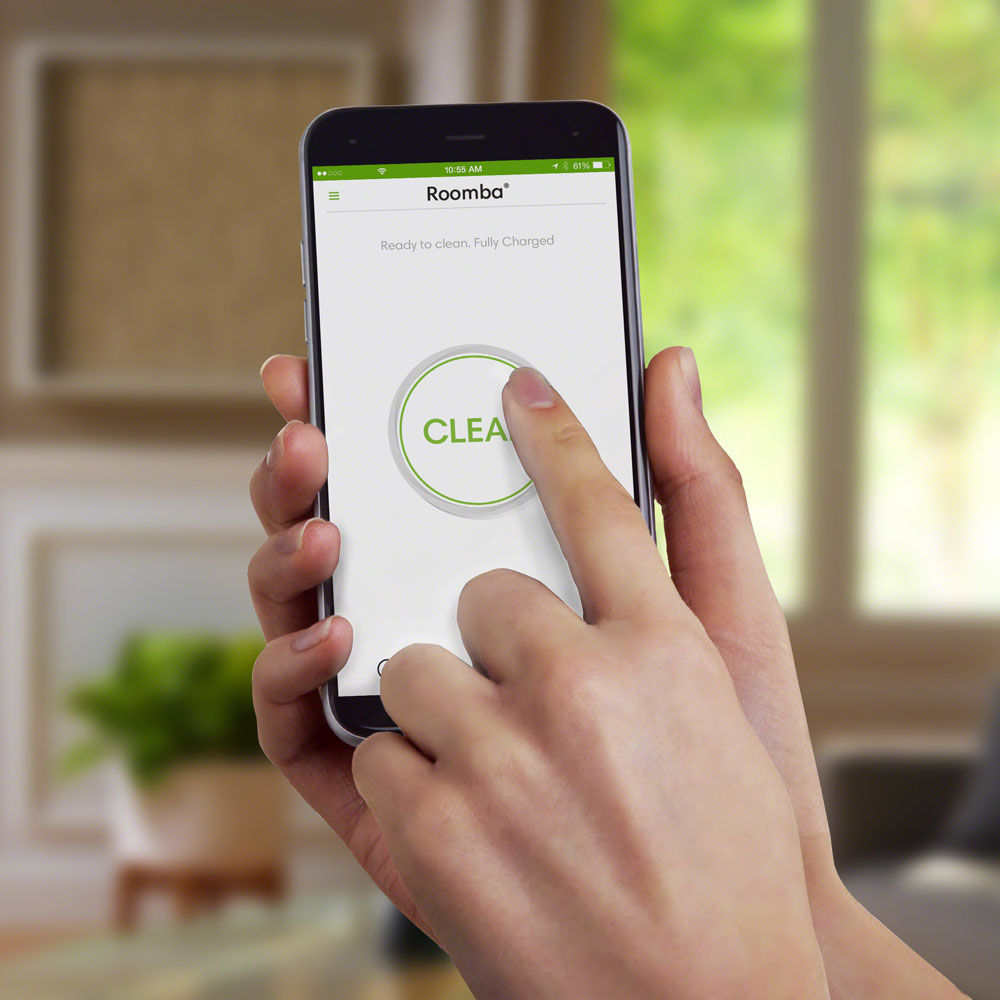 There’s also the schedule function, and this is a feature that allows you to program the cleaner. Set your preferred cleaning times the entire week and forget about the worries of a dirt floor.

Cost and value for money

iRobot 675 has a suggested retail price of $300 though at most times it retails at a slightly lower price.

It would be safe to say that it costs the same as Roomba 690 so the next question to ask is; does it offer better value for money?

Well, to answer this question, we need to factor in the essential accessory the 675 lacks. As discussed above, it doesn’t come with the dual mode Virtual Wall barrier supplied in the 690 and 650. The cost of this accessory is around $50.

The iRobot 690 comes with a dual mode Virtual Walls barrier while the 675 doesn’t come with any node supplied, but the Roomba itself works with Virtual Walls. 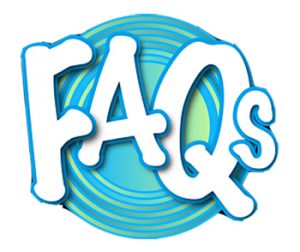 Yes, Roomba 675 will handle pet hair and dog hair as well. The only disadvantage comes with the long dog hair, for example, Chihuahua dog hair which tangles the brush.

Is Roomba 675 good for allergic people?

This iRobot model uses AeroVac filter that traps over 90% of dust and other dangerous particles. It does not capture such fine elements like pollen of pet allergens. But Roombs 675 can help allergic people to make the air cleaner and safer.

Roomba 675 supports WiFi connection and app control. That means you can run the device remotely, including mode setting and scheduling. Users should only choose the days and time of cleaning.

There you have it ladies and gentlemen; a review of the Roomba 675 which is the cheapest iRobot vacuum you can rely on.

Buy it if you are on a tight budget, and you have bare floors or pets. As for carpet owners, you might want to look for something with higher suction power to flush out dirt from the thick carpet pile.

Cleaning high-traffic rooms with lots of furniture may also be a concern now that it hits obstacles and gets stuck quite often but removing excess clutter before cleaning might ease things.

I am a tech enthusiast with a flair for home robotics and Smart Home technology. If I’m not in my office, you will find me testing gadgets and writing reviews. I also like fishing and mountaineering. When I was buying my first robot cleaner, I had a hard time making a choice on what to go for because there was very little information about them. For that reason, I decided to start this blog to help other customers choose the best Home Gadgets.
Roomba 690 Review Roomba 890 Review 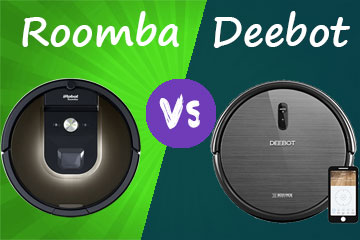 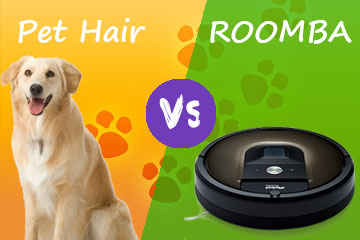