Is the EUFY Robovac 30c ideal for carpets?

If you are looking for a cheap robot vacuum, the EUFY 30c should feature in your wish list. But is it the right vacuum for you?

That’s what we want to find out in this Robovac 30c review. But before that, here is an overview of the brand, and highlights of this particular model.

EUFY is a subsidiary of Anker Innovation, a renowned Chinese brand.

The company is known for its innovative smart home products, including smart cameras, weighing scales, and even a voice assistant, dubbed Eufy Genie, an alternative to Amazon Alexa.

The Robovac 30c has been a success for the Chinese brand.

In 2018, it was crowned the best smart robot vacuum by Reviewed.com, a renowned review website.

There is nothing so much different the Robovac 30 c brings. It is still the round-shaped vacuum, with an impressive low profile design.

It has a 12.8-inches diameter and is just 2.9-inches thin. As for the weight, it measured just 6lbs, making it among the lightest robot vacuums we have tested.

When it comes to aesthetics, the Robovac 30c is available in a dark finish. The top interface is made from high-quality tempered glass finished in a subtle bronze pattern.

While the interface has a single start/stop button, several LEDs signal different statuses, including Wi-Fi, full battery, low battery, and so on.

The cleaning performance is the most important consideration when choosing a robot vacuum. When assessing the performance of the Robovac 30c, there are several things we need to discuss.

As usual, we conducted a few cleaning tests to give our readers a glimpse of how the EUFY 30c performs in a real household setting. We tried it out on bare floors and carpets as well using a range of common household dirt. Talk of Cheerios, rice, sugar, kitty litter, pet hairs, and so on. Here are the results.

On the bare floor, the Robovac 40c did an excellent job picking up all the dirt we put on its way. The only hurdle was a few cloudy patches of flour that took several passes to disappear. But all the other large dirt particles were picked up in a flash. 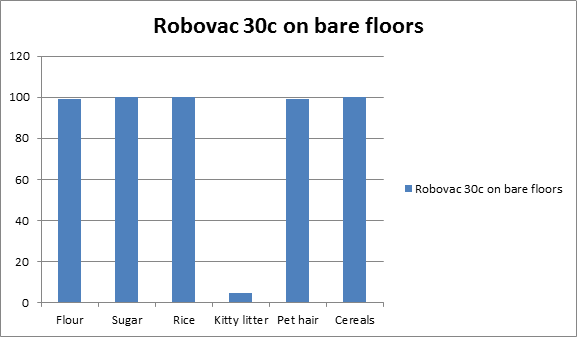 Now, on low pile carpets, things were different. First, the robot switched to BootIQ, and the job started. All the large dirt particles are comfortably picked save for the flour, and sugar. The two were a hard nut to crack as only the sugar was cleared after several passes. As for flour, the cloudy patches remained even after several passes. But all the cereals, kitty litter, pet hair, and rice were picked up. 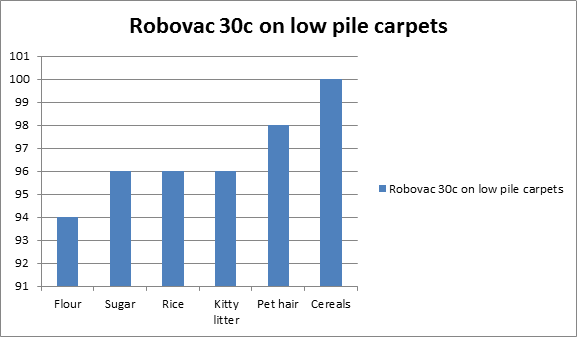 Lastly, on a high pile carpet, it was the real test, and Robovac 30c didn’t pass. The robot managed to clear all the dirt, but the flour, sugar, rice, and other small diet hid under the pile of the deep carpet. Even when the BoistIQ mode is active, 1500Pa is still not enough to flush out the dirt from the high pile carpets. That’s why we don’t recommend this robot vacuum if you have high pile carpets, flokati, and rugs in general. 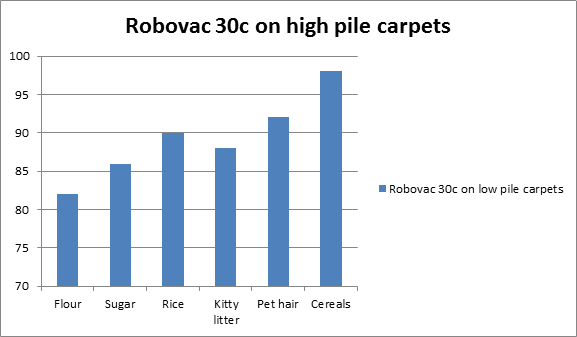 The runtime of robot vacuums determines the area it can clean. Always aim for the highest.

The Robovac 30c boasts a decent runtime courtesy of a 2600 mAh battery. In normal mode, it did 110 minutes, but when BoostIQ is activated, the runtime dropped to around 88 minutes. This vacuum will recharge automatically, but unfortunately, it doesn’t have the auto-resume function. You will have to prompt it to finish the job. The recharge time is around 3-4 hours.

Regarding durability, it’s also impressive. It should last you for 12 – 18 months, depending on your usage.

While the cleaning performance is the most crucial aspect, navigation and mapping are also important as it determines which areas the robot will reach.

The Robovac 30c is still using a SLAM (Simultaneous Localization and Mapping) based navigation. It uses sensors to find its position in the house, and also to avoid hitting obstacles and falling on the stairs. This vacuum has updated software, and even though it still isn’t the best for large apartments and high traffic rooms, it’s much better than the previous Robovac 25c.

When it comes to floor mapping, this robot doesn’t have an elaborate floor mapping and scanning system. The Robovac 30c doesn’t learn the layout of your house. Instead, it moves randomly but ensures all spots are covered.

While the navigation and mapping are both average, there’s one thing about the Robovac 30c; it has boundary marking. The vacuum comes with physical boundary marking strips to limit the unit from reaching certain places.

As mentioned earlier, the Robovac 30c was voted the best smart robot in 2018 by Reviewed.com.

I am a tech enthusiast with a flair for home robotics and Smart Home technology. If I’m not in my office, you will find me testing gadgets and writing reviews. I also like fishing and mountaineering. When I was buying my first robot cleaner, I had a hard time making a choice on what to go for because there was very little information about them. For that reason, I decided to start this blog to help other customers choose the best Home Gadgets.
How to Clean a Mattress: 5 Simple Steps The Best Black Friday Smart Thermostat Deals 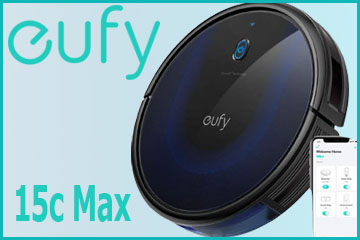 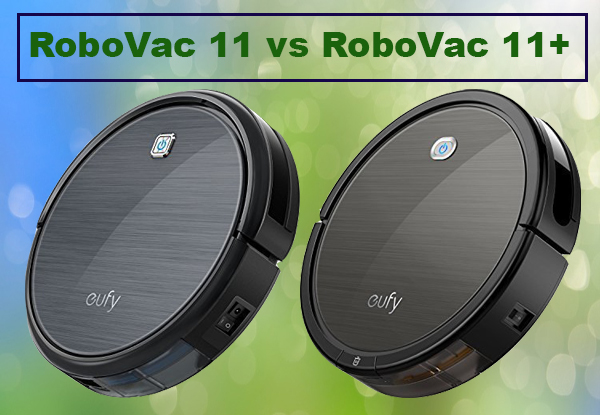