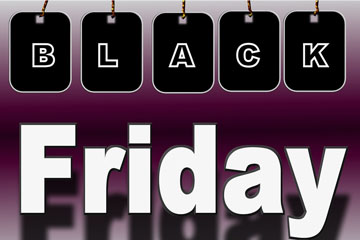 Roborock, arguably the best Chinese brand, has risen through the ranks to become one of the best robot vacuum brands not only in the Chinese frontier but globally.

The company was part of the larger Xiaomi group, but now, Roborock operates independently, and so does Xiaowa.

If you are looking for the best Xiaomi, Xiaowa and Robovac Black Friday deals, you came to the right place. We have scoured the internet to find you the best deals and discounts.

Below are some of the Xiaowa Black Friday deals.

For homeowners on a tight budget, the Xiaowa E25, also known as Roborock E25, is an excellent choice.

Last year during Black Friday, it was the cheapest Xiaomi vacuum courtesy of a 30% discount.

This year, expect a huge discount also now that the model has stuff competition. With its current price already dipping to under $200.

This model was also in the 2018 Roborock Black Friday deals. It came at a 25% discount and was also among the next cheap vacuums, especially for carpet owners.

This year too, the Roborock E35 will also be among the hottest deals in the upcoming sale.

The Xiaowa E35 brings several additions on board, and that’s the reason it’s a little bit more expensive compared to E25.

While Xiaomi stopped manufacturing any more robot vacuums under the Xiaomi brand, there are still some Xiaomi vacuum deals and discounts this year.

The Xiaomi vacuum was a household name before the introduction of Roborock. During last year’s Black Friday, it sold at a 40% discount.

This year, with the price dropping further, the discount will be higher, and you can snap this awesome vacuum for less than $250.

Unlike the S5, S6, this model will sleep and vacuum only.

This is the new standard of Xiaomi, and so far, there are three Roborock models in the S series. Below are the details and discounts.

The Roborock S4 is a recent model released in late 2019.

It will be making its entry to Black Friday for the first time, and because there are the S5 and S6, this low-end model should have a significant discount – 30- 40% off.

At the moment, it’s the cheapest Roborock vacuum and is available in the US only.

The S5 was released last year and was among the hottest deals during last year’s Black Friday.

This year, there shouldn’t be a huge discount as the price already dropped to $500, so the best offers will be around 15 – 20%, which is still a great deal considering you will save about $100.

This is the successor of the Roborock S5 and will feature during Black Friday for the first time.

At the moment, the S6 is quite expensive, but during Black Friday, you can snap it on a 10- 20% discount, and that quite some huge savings.

The S50 recently got an upgrade dubbed the S5 Max, and it will also be featured on Black Friday for the first time.

To make sure the model stands out from the crowd, expect huge Roborock S5 discounts in the upcoming sale.

How to find the best Roborock Black Friday deals

Now, one thing you need to understand is that Black Friday deals are limited. You need to snap them before everyone else does.

Most importantly, know which deals to expect, and that’s reason enough you should bookmark this page if you are looking for the best Robovac Black Friday deals.

I am a tech enthusiast with a flair for home robotics and Smart Home technology. If I’m not in my office, you will find me testing gadgets and writing reviews. I also like fishing and mountaineering. When I was buying my first robot cleaner, I had a hard time making a choice on what to go for because there was very little information about them. For that reason, I decided to start this blog to help other customers choose the best Home Gadgets.
Deebot Black Friday Deals Best EUFY Black Friday Deals 2019