Finally, the iLIFE V7s Series, also known as Chuwi V7s is here and we just have to review it to see whether it fits the much hype it had. The iLIFE V7s series, just like the previous V Series robotic vacuum cleaners has two variations, the iLIFE V7s vs iLIFE V7s Pro. 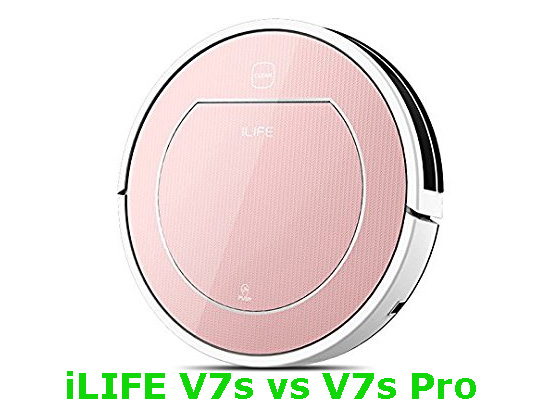 Being the latest series from iLIFE, we expect to see a whole lot of new and sophisticated features. To get the best picture of what the V7s Series offers, we had to get an experience of what they offer in order to write a more clear and accurate review.

The V7s Series owes much of its design to the predecessor, the iLIFE V5s Series. Much of the features like i-Dropping Technology, 2-in-1 Cleaning, RoadRover wheels and several other are still intact. So, this begs the question, why is it superior?

The V7s Series brings on board several new unique and sophisticated features. First, it comes with dust bin detection that alerts homeowners whenever the bin is not inserted properly or is absent. Second, it has a larger 0.45-liter water tank that reduces the frequency of filling while the 0.5-liter tank reduces the frequency of emptying. The robot cleaning has also been enhanced to offer smarter hybrid vacuuming and mopping courtesy of the upgraded software.

Just like the previous models in the iLIFE V Series, we are going to discuss the features of the two vacs in depth. We are going to see why the V7 Series is poised to be the game-changer by discussing its features. We are going to look at both the base features available in the V7s as well as the extras that the V7s Pro comes with. Without further ado, here is the review of the iLIFE V7s Series.

Features of the model

Different homes have different floor types and different cleaners are suited for different floors. Fortunately, the iLIFE V7s Series has been engineered to suit a majority of floors. We tested this cleaner on hardwood, tiled and ceramic floors are the results were unquestionable.

Another major factor to consider when shopping for vacuum cleaners is the design. A good vac should have a low-profile design to ensure maneuverability. This is exactly what the V7s Series offers. Even though its height is slightly higher than the V5s Series, it still has better maneuverability under chair legs, beds, furniture, kickstands and so on.

The V7s is also swift and navigates under furniture seamlessly. The 3.15 inches height fits under many household fittings. As far as maneuverability under obstacles and deeps corners is concerned, we found the V7s to be great.

When you hear of love at first sight, then the V7s is worth mentioning. As we were opening the package, we expected the normal design that iLIFE is used to but we were surprised. What we saw confirmed that iLIFE took its time to deliver not only a high-performance cleaner but a high-performance vacuum cleaner that is appealing to the eye.

The V7s sports a very unique and attractive design that I’ve never seen with these other popular vacuum cleaners. It has an aesthetic design and cool finish that makes it stand out among the rest. It is available in several colors; rose gold, gold, gray, silver and white.

Also read: What is the Best Robot Vacuum for Carpet in 2019?

2-in-1 Cleaning; Versatility at Its Best

The iLIFE V7s, just like its predecessor, the V5s, gives you the power to do more. Unlike many other of its competitors that only offers vacuuming and brushing, the V7s offers 2-in-1 cleaning. It is capable of both vacuuming and mopping thus cushioning you from the need of buying another machine for mopping.

Do More with the Dry & Wet Mopping Function

This vacuum cleaner has been built to offer both wet and dry mopping. It comes with a 77.5 sq-in microfiber cloth mops surfaces very efficiently using minimal water.

Incorporating mopping in any vacuum cleaner is a big plus. However, nothing sucks like a vacuum cleaner that drops more water than it can dry. For that reason, iLIFE engineered this cleaner with i-Dropping technology. This technology guarantees precise wet mopping for water efficiency and most importantly, for a spotlessly clean

During our tests, we saw that the water tank only dropped water when the unit is in motion. Whenever it stopped, no water dropped.  This technology also prevents excess water from reaching the electrical components of the vacuum cleaner which can be disastrous to the vacuum cleaner.

I-Dropping Technology is available in the Pro Series. Please note this exclusion so that you don’t end up buying the V7s thinking it has i-Dropping technology.

If you read many online reviews and forums, you might have come across customers complaining of damaged components because the vacuum suctioned debris without the dirt bin in place. The suctioned debris destroy internal components and worse enough, may render the cleaner useless.

With this in mind, iLIFE incorporated a new technology; Smart Dustbin Detection. This technology alerts homeowners in the event the dirt bin is not inserted or when it is inserted wrongly. This prevents it from sucking debris into inner components which are hazardous.

However, it is important to note that this feature is only in the V7s Pro and is among the features that make the V7s Pro superior to the V7s.

This vacuum cleaner comes with a set of smart sensors to enable it to navigate around your house as well as keeping it safe. It comes with very reliable anti-drop and anti-collision sensors for its safety.

Anti-drop prevents it from falling off the stairs while anti-collision helps it avoid hitting obstacles.

iLIFE crafted the V7s with larger water and dirt tanks. A fascinating thing about this is that the increment never compromised on its low-profile design. It’s still as compact as the V3 Series and the V5 Series with this new addition.

First, it has a 0.5-liter water tank. This tank holds more water compared to what’s found in the V5s which holds 0.3-liters. Second, the dirt bin size is also impressive. It can accommodate up to 0.45-liters which is enough to clean an averagely dirty room thrice without being emptied.

The V7s is one versatile vacuum cleaner. It allows homeowners to customize their cleaning preference courtesy of the four cleaning modes available. This cleaner comes with Auto, Edge, Spot and Schedule Cleaning modes.

Auto mode sends the cleaner to execute a normal cleaning. On the other hand, Edge cleaning comes in handy when you want to clean the most ignored parts of your house; edges, walls, and deep corners. Spot cleaning is for cleaning stained areas and other parts with more dirt while Schedule cleaning is just like it sounds, programmed cleaning.

This technology enables the cleaner to detect whenever its battery level is critical. It then transmits this information to its new operating system which prompts the cleaner to locate and go to its charging base for battery recharge.

This intelligent vacuum cleaner will go back and resume from wherever it left. This makes it such a great reliable and efficient home assistant.

One thing we liked about iLIFE is that it has equipped most of its robots with physical remotes, the V7s is no exception. This is a major boost considering the fact that many top cleaners from popular brands have no remote control. Other are compatible with remotes but are not supplied in the package means you have to purchase them separately.

Personally, I have known iLIFE for its efforts in manufacturing long-lasting batteries that notably last for longer than those in many of its competitor’s vacuum cleaners. In the V7s, this trend has been duplicated.

The iLIFE V7s boasts a 2600 mAh Lithium-Ion battery that has been optimized to offer unrivaled efficiency. Compared to other models, it offers more cleaning time and doesn’t fade easily even after many charging times. It is important to note that a good battery, on a single charge, should last for more hours to reduce the number of charges in its life cycle. This is because the more you charge a battery, the more it fades.

We tried out this battery in different cleaning modes and the results were impressive. The V7s lasted for about 110-120 minutes while the V7s Pro delivered an impressive 120-140 minutes on average.

This battery charges for an average of 300 minutes. That is a whole six hours. We find this to be quite long, but it is uniform in all vacuum cleaners. For that reason, we think the entire field of robotic vacuum cleaners should work to ensure shorter charging times.

What’s the Difference Between the V7s and V7s Pro

The difference that set the V7s and the V7s Pro apart is clear. But for the record, we are going to summarize them.

iLIFE V7s vs iLIFE V7s Pro – Which One is Best?

Definitely, I would choose the V7s Pro over the V7s. This is because the V7s is bigger in terms of features as well as performance.

What We Liked about the V7s Series

The V7s Series faces stiff competition from the likes of the Roomba 690, bObsweep bObi Pet, among others. If iLIFE had built it with Wi-Fi and an elaborate navigation system, it would be a great vacuum cleaner.

Is the iLIFE V7s and V7s Pro Worth My Money?

Being the latest models from iLIFE, a renowned manufacturer of top notch vacuum cleaners, the iLIFE V7s Series shouldn’t go unnoticed. The fact that they can vacuum and mop puts them a great step ahead of most of their competitors.

Even though they lack Wi-Fi, the iLIFE V7s is still a worthy set of vacuum cleaners that every enthusiast should drool for, at least have them in your wish list. From the fact that they can vacuum and mop effectively, the V7s and V7s Pro remain a favorite for most homeowners.

I am a tech enthusiast with a flair for home robotics and Smart Home technology. If I’m not in my office, you will find me testing gadgets and writing reviews. I also like fishing and mountaineering. When I was buying my first robot cleaner, I had a hard time making a choice on what to go for because there was very little information about them. For that reason, I decided to start this blog to help other customers choose the best Home Gadgets.
Neato Botvac comparison review Robot Vacuum Cleaner; a Great Christmas Present 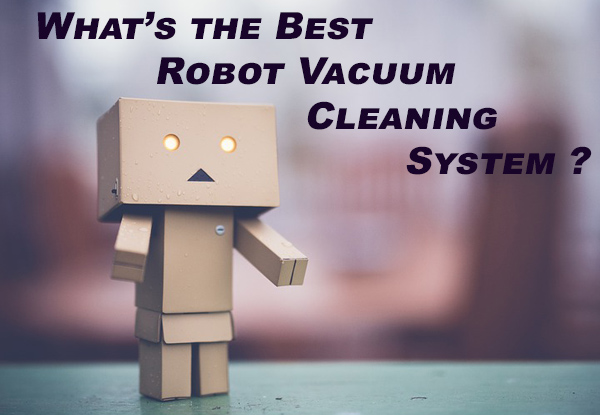 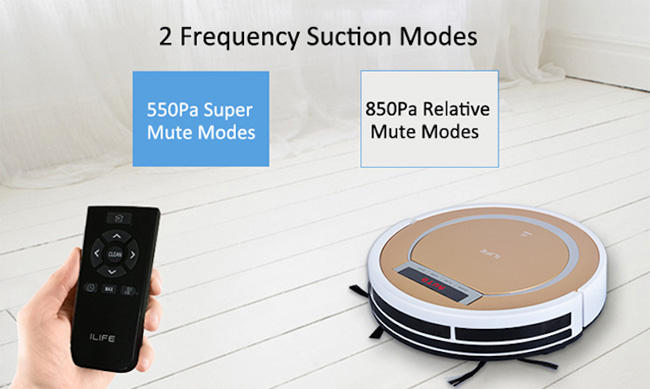 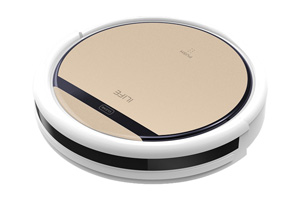