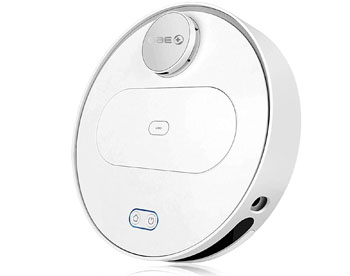 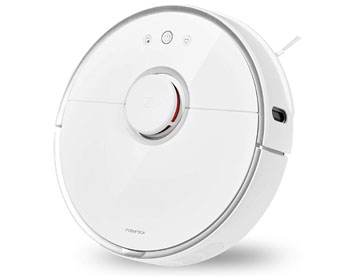 With the slowdown of American and UK robot vacuum brands, their Chinese counterparts are continuing to dominate the scene with their high-tech and affordable robot vacuums.

Today, we want to compare two popular models; 360 s6 vs. Roborock S50 which have taken the market by storm.

One thing you realize about 360 is that they have just replicated the Roborock S5 but has it matched the ingenious technology from Xiaomi.

That’s what we are about to find in this comparison review.

360 is a Chinese brand that is synonymous with Smartphones and lately, robot vacuum cleaners. The 360 S6 is an upgrade of the earlier 360 S5 model.

The new model will cost you a few more bucks but for justified reasons. First, it comes with a mopping function meaning the S6 will sweep, mop, and vacuum simultaneously. You don’t have to invest in a new dedicated robot mop.

The new model also improves on runtime with a new LG Li-ion battery among several other additions.

Also known as Xiaomi Vacuum 2, the S5 is the flagship model from Roborock after the little-known Chinese brand broke away from its parent company, Xiaomi.

This vacuum is an upgrade of the previous model, Xiaomi Mi Vacuum which apparently, was manufactured by Roborock but under Xiaomi.

Among the new features, it boasts is 2-in-1 cleaning – it will vacuum and mop simultaneously.

Who Should buy Roborock S5 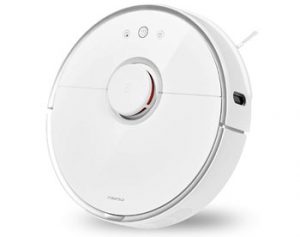 The S5 is an excellent purchase for all bare floor owners and mainly hardwood. The mopping technology ensures minimal water contact and as you know, water and moisture damage hardwood floors. Buy this robot vacuum if you have shags and high carpets as well because of the industry-leading 2000Pa suction power.

Pet owners will also like this cleaner as it will not only pick up the pet hairs but also wipe the pet paws and dog urine stains from the floor.

The S5 is also the best choice for smart home enthusiasts as it works with Google Assistant, Home, and Amazon Alexa functions the 360 doesn’t support as of yet.

Buy this model if you also have large apartments as it comes with the longer runtime to ensure the entire floor is covered on a single charge. 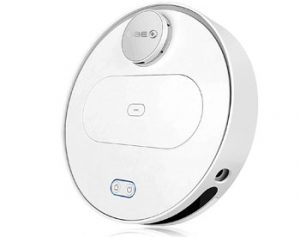 The 360 S6 is a great deal if you are a budget buyer as it costs almost $100 cheaper than the Xiaomi Vacuum 2 and doesn’t compromise on any of the basic features or cleaning power.

The vacuum offers exceptional cleaning on bare floors and low to medium pile carpets and shag. It is also suitable for allergy sufferers courtesy of the three-stage filtration system though a true-HEPA filter is the most desirable.

The 360 S6 will also be suitable for busy homes with pets because of the silent mode, which is quiet enough to allow you to concentrate with other work and doesn’t intimidate pets with the loud noise.

Roborock 360 s6 vs Roborock S50: which robot vacuum is better for carpets?

Roborock 360 s6 has 1800 Pa suction, a 400 ml dustbin, and an excellent roller brush. We highly recommend this model for carpet and pet hair cleaning. Still, Roborock S50 can offer higher suction up to 2000 Pa and a slightly bigger 500 ml dustbin. That`s why it also provides a bit better carpet vacuuming.

Though Roborock 360 can run for up to 2 hours, Roborock S50 outperforms its brother in terms of battery life. This vac uses a 5200 mAh battery for 150 minutes of cleaning.

What do LED ring indicator lights of my Roborock 360 s6 mean?

Your Roborock 360 s6 ring can be blue, red, or purple. Blue light means normal working, charging, or stable WiFi connection. If it turns red, the battery is low and requires charging. Purple light means that the device is ready to connect to WiFi.

How long can I use my Roborock S50 before water is over?

Roborock S50 comes with a 140 ml water tank. This amount of water and battery capacity allow it to mop floor during 45-60 minutes.
Author: Richard Harrison

I am a tech enthusiast with a flair for home robotics and Smart Home technology. If I’m not in my office, you will find me testing gadgets and writing reviews. I also like fishing and mountaineering. When I was buying my first robot cleaner, I had a hard time making a choice on what to go for because there was very little information about them. For that reason, I decided to start this blog to help other customers choose the best Home Gadgets.
? Dyson V10 vs V11 - Which is the Best Dyson Stick Vacuum? ? Roborock S5 vs. Roomba i7
↑